A Geek coffee mug with the theme of Deep Learning :

Deep Learning represents all the techniques that allow computers to learn to solve problems or perform tasks, based on Neural Networks.

(Unlike Machine Learning which is based on statistical models) 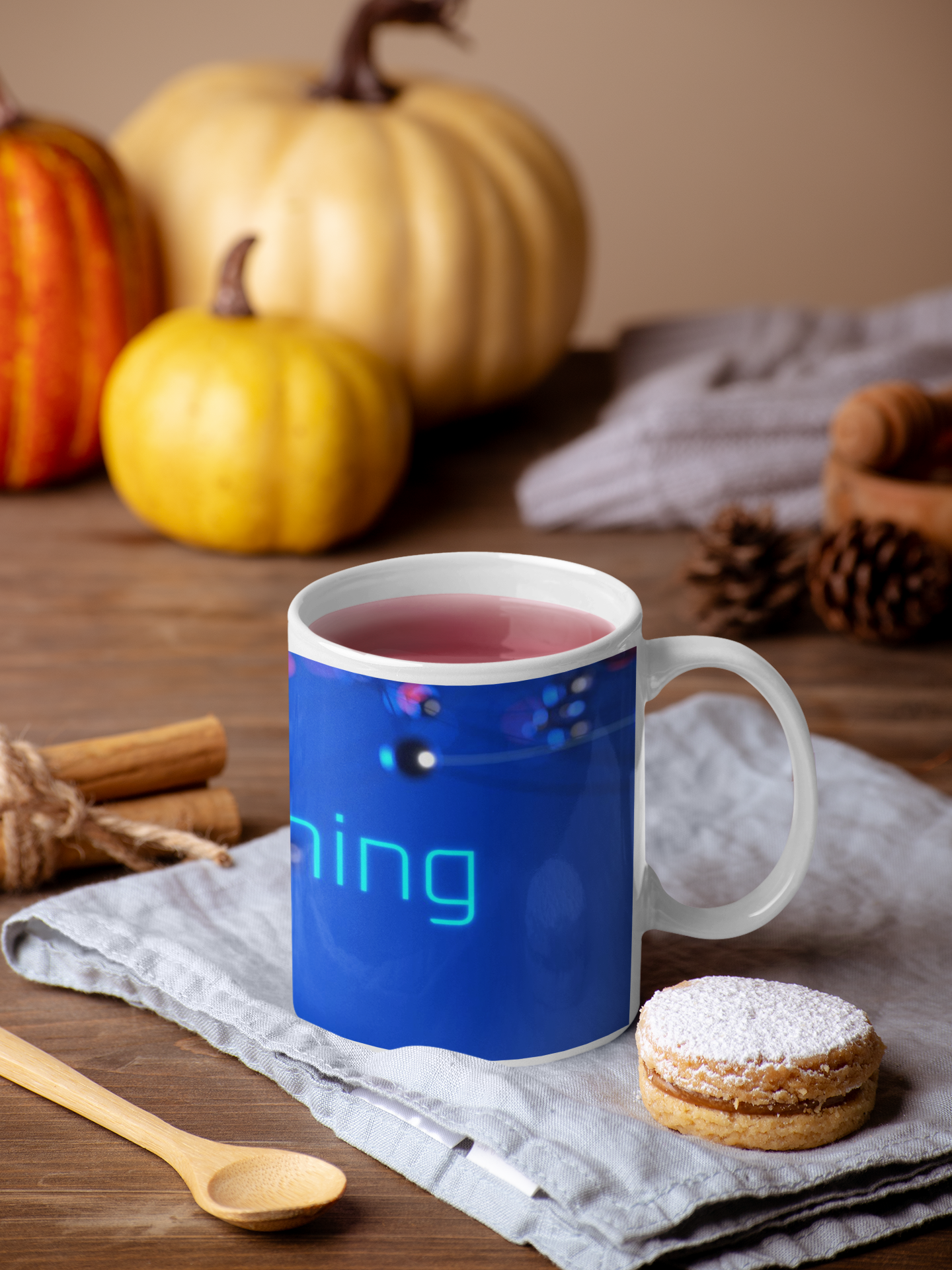 In the field of coffee, there are many implementations of Deep Learning among which we can mention:

French engineering students, helped by their teachers, have carried out a project that is both innovative and fun; Create a coffee machine that only produces coffee for smiling customers, then takes their selfie and posts it on Twitter!

In addition to the original side of the approach, this system collects a lot of information on each customer, in order to make them benefit from personalized advertising offers and to improve the user experience.

However, this AI-based technology, as sophisticated as it is, has the disadvantage of collecting personal data on the customer.

However , if this information is badly protected or if the client is quite simply badly informed of the methods for deleting it , this can be detrimental to him , in terms of his right to privacy . 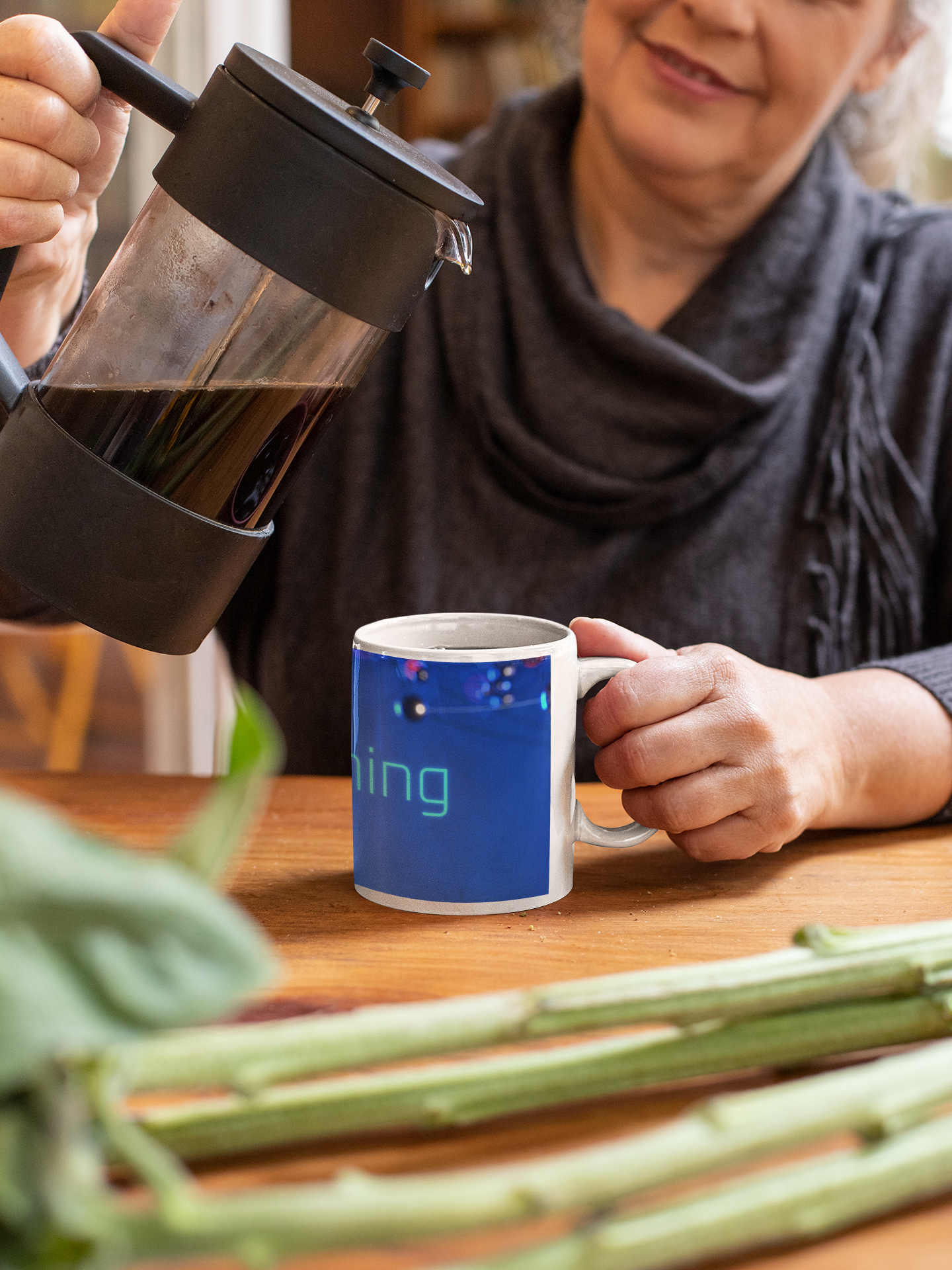 The other side of the coin is the risk for Coffee shops of seeing the number of visitors to their establishments drop.

Indeed, for some of them, economists have observed a phenomenon of attrition among consumers who until then were loyal to the coffee shop they used to frequent.

The explanation given by these economists is that these “virtual Barista” services, victims of their popularity, tend to generate endless queues which very often end up tiring of previously loyal customers.

In some restaurants, intelligent voice synthesizers dictate aloud to the wait staff the next orders for food and coffee drinks.

In addition , the managers of these establishments and some of their collaborators can use this tool to update the list of ingredients and materials to order from suppliers .

Once again thanks to AI, Internet users wishing to go to a café can call (from a computer, a Smart TV, a smartphone or a touch pad) on the geolocation function of certain online mapping services, in order to to be guided by voice and in real time to the coffee shop of their choice. 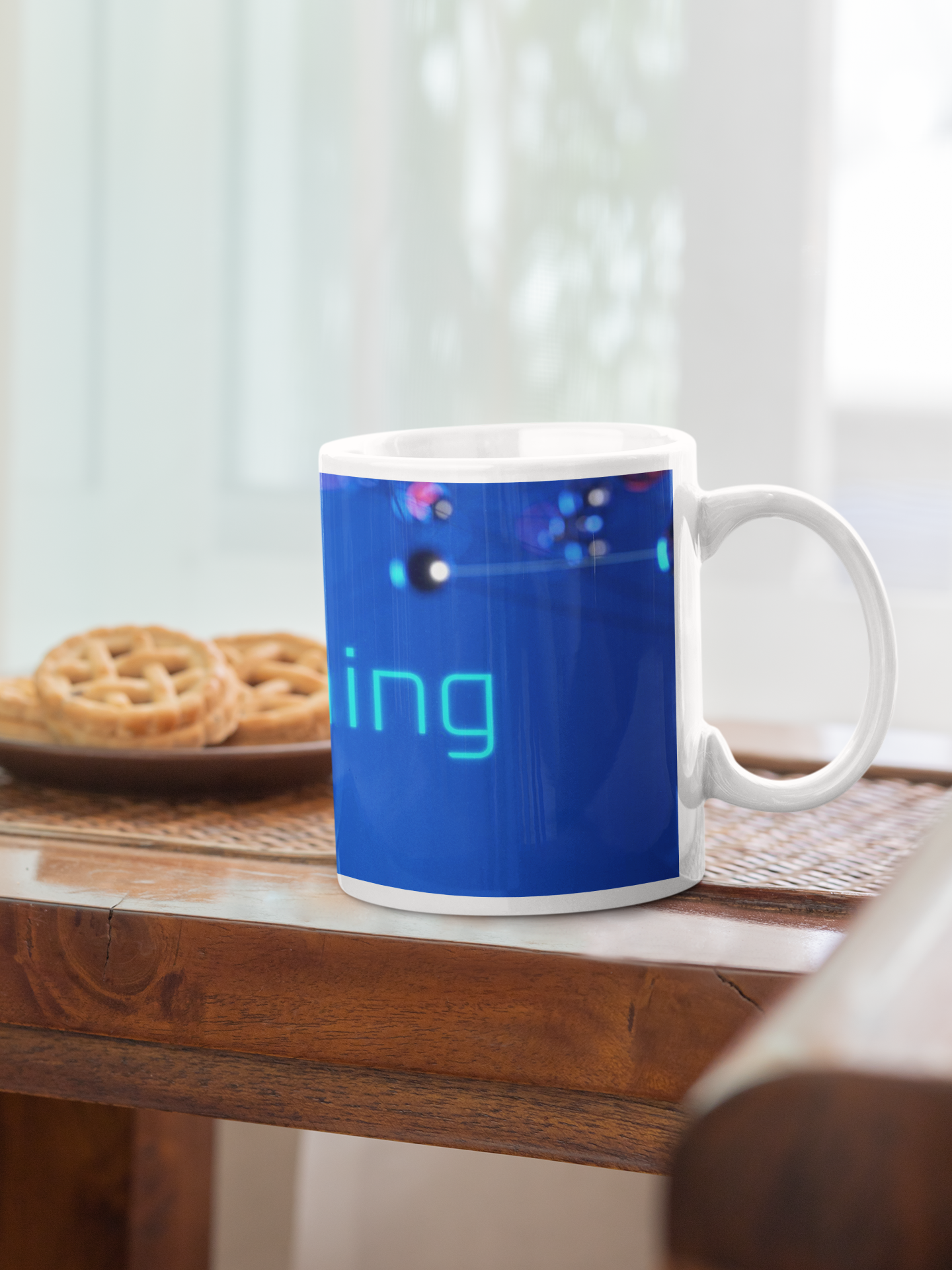 Original recipe to make with our microwave-compatible coffee mug; the Mug Cake Snickerdoodle:

By purchasing one or more of our Geek but microwave-compatible Mugs, you can prepare original Mug Cakes recipes for your guests, friends or family.

Like for example, the Mug Cake Snickerdoodle which is ideal as a snack or to accompany a breakfast.

On average, you will not need more than 10 minutes to prepare the dough for this Mug Cake and 3 to 4 minutes to cook it in the microwave.

However , with practice , you will probably be able to reduce the preparation time . 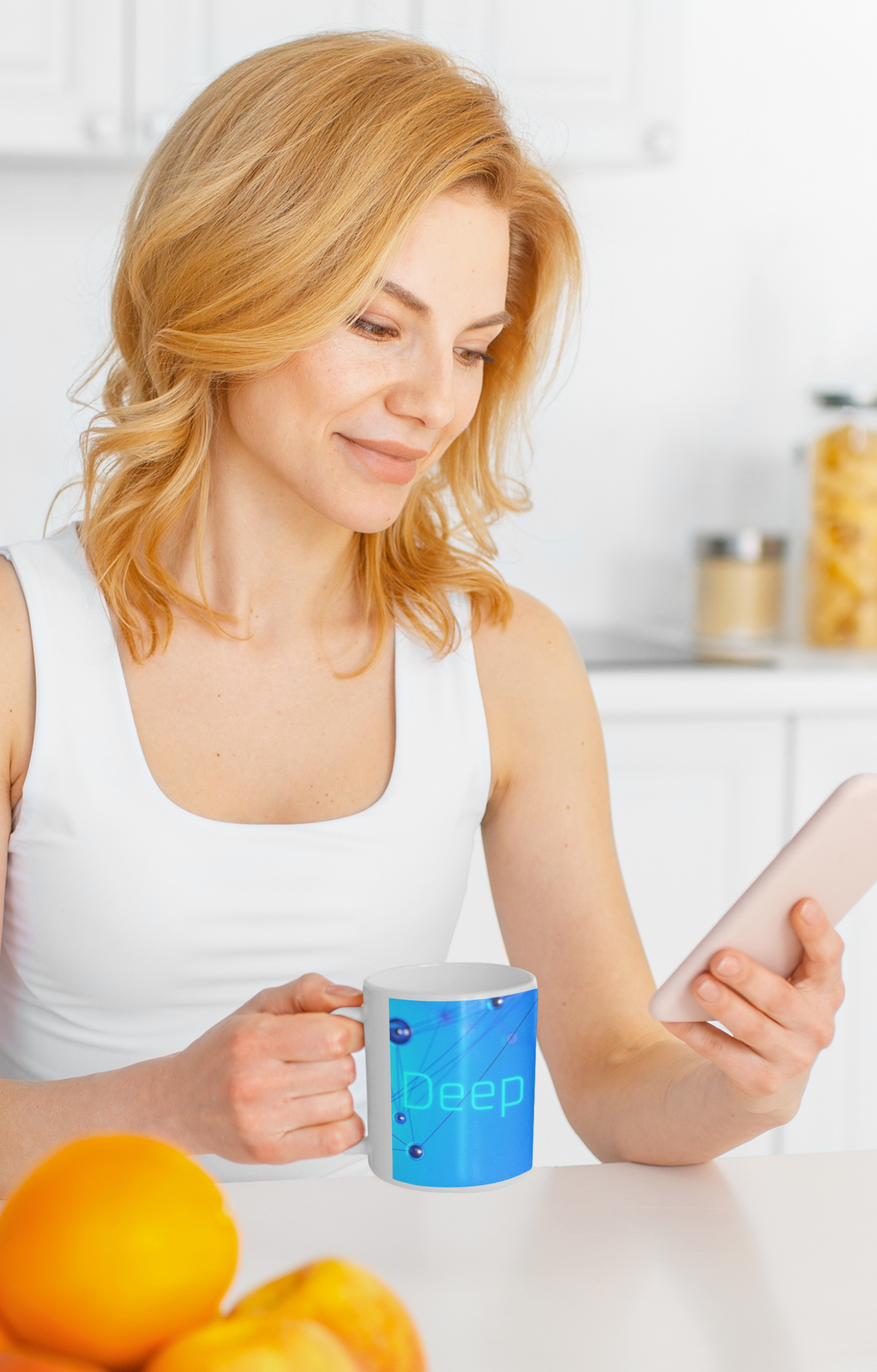 A certain number of ingredients and utensils are required to make this type of Mug Cake;

Regarding the organic vegetable margarine, I advise you to opt for a margarine without palm oil. 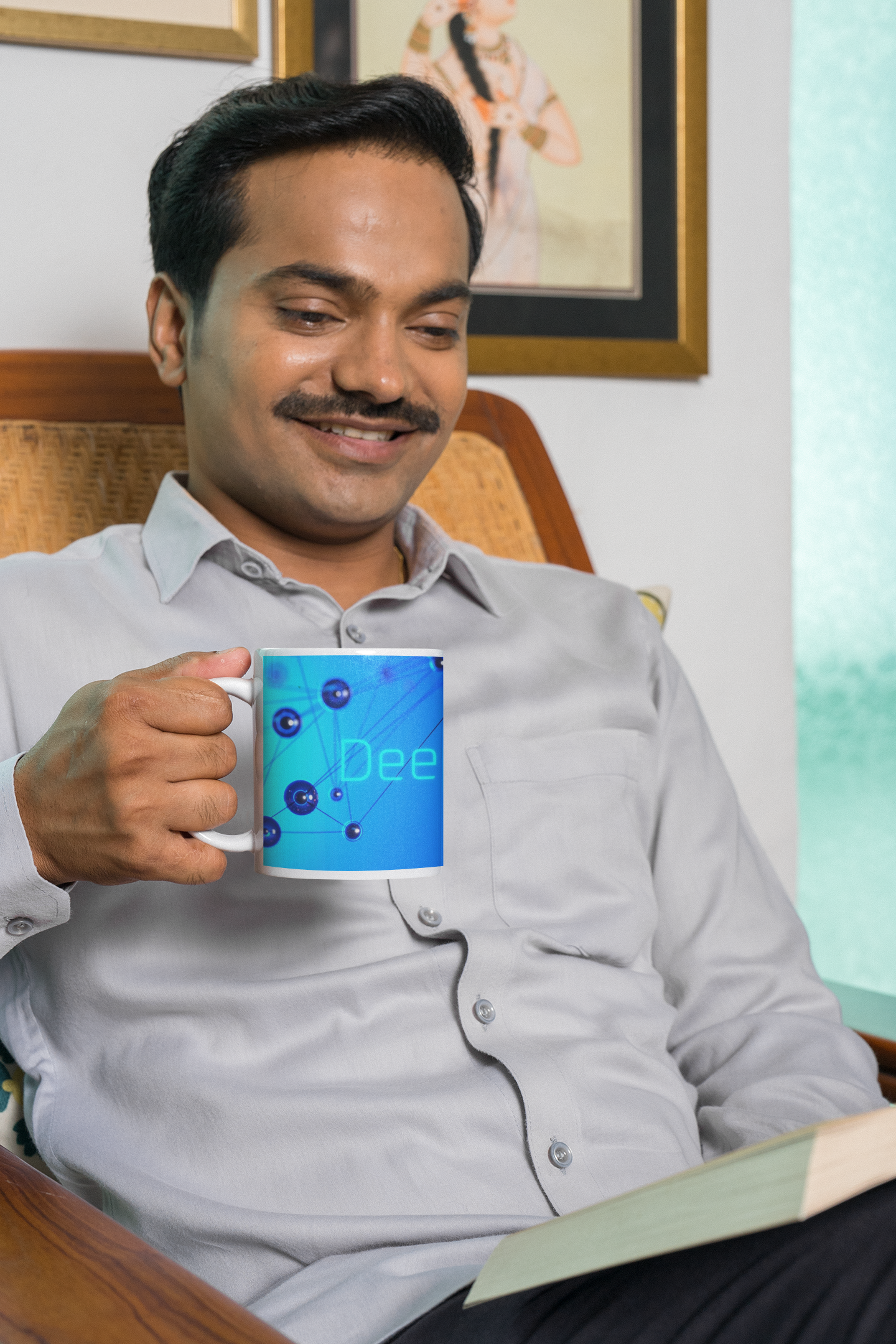 Indeed, palm oil has the disadvantage of being composed of saturated fatty acids which have the effect of increasing the level of bad cholesterol in the blood, which leads to cardiovascular diseases.

Regarding brown sugar, I recommend that extracted from sugar cane.

Regarding the flour, I recommend that people with gluten intolerance, those allergic to wheat or with non-celiac gluten sensitivity use organic gluten-free flour.

As for example, Buckwheat flour, Chestnut flour or Millet flour, for example.

The ingredients being gathered, the preparation of the Mug Cake Snickerdoodle can begin.

It takes place in 3 main stages;

Then, heat the mixture for 40 seconds in the microwave, in order to melt this vegetable margarine.

Secondly, remove the mug from the microwave to add 12 g of brown sugar, 3 g of cinnamon powder, lemon juice (which acts here as a flavor enhancer), vanilla extract and Organic corn-based yeast. 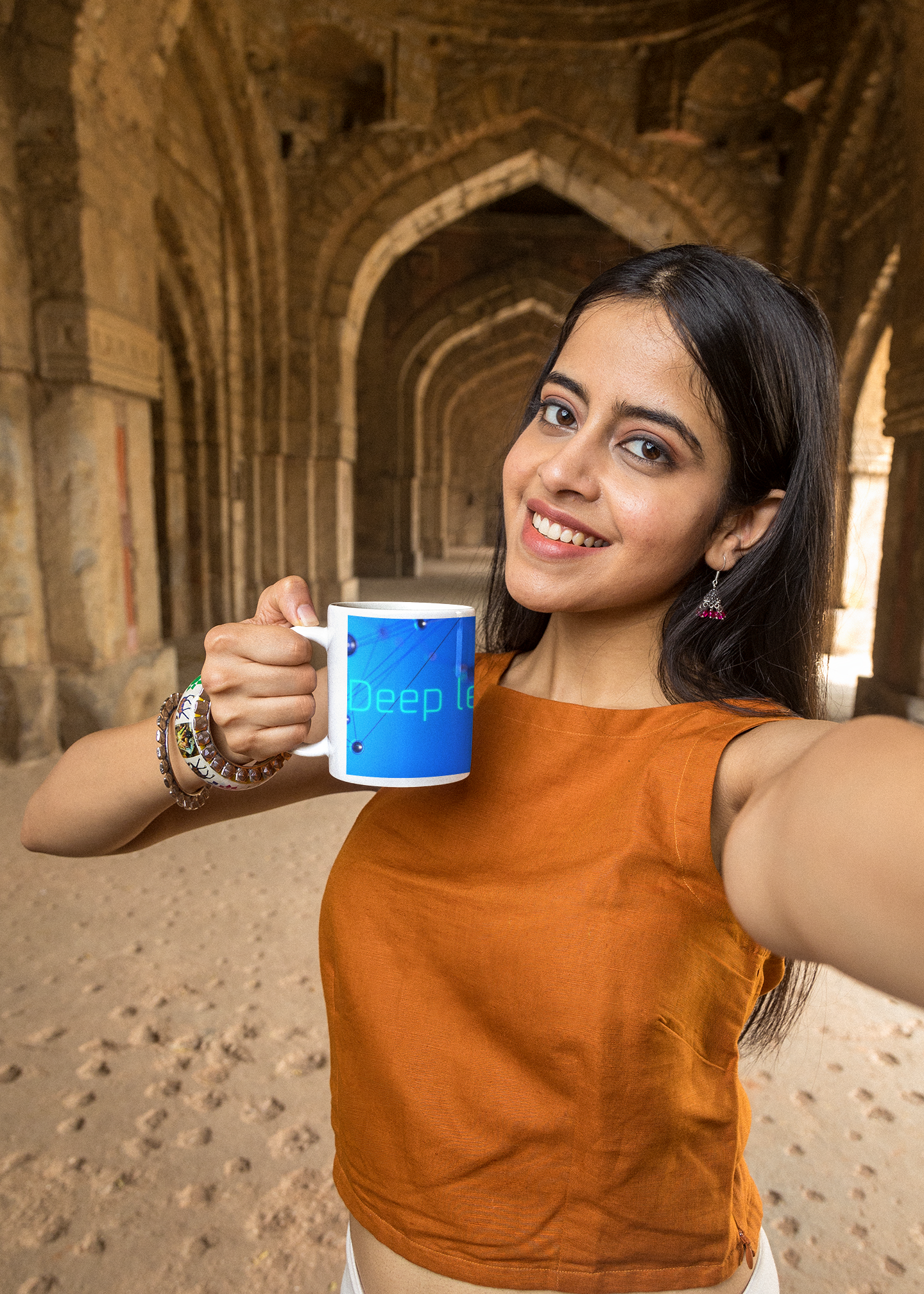 After that, mix everything together until you get a smooth paste.

Thirdly and lastly, sprinkle the surface of the cake batter with the remaining powdered cinnamon and brown sugar.

Then, cook the Mug Cake dough in the microwave for about 2 minutes.

Your appetite suppressant is then ready to be served.

So, not only are you buying an original geek mug, but you can also use it to prepare equally original dishes.

You can also buy this Geek mug as a gift, possibly accompanied by the cooking recipe that I have just described to you! 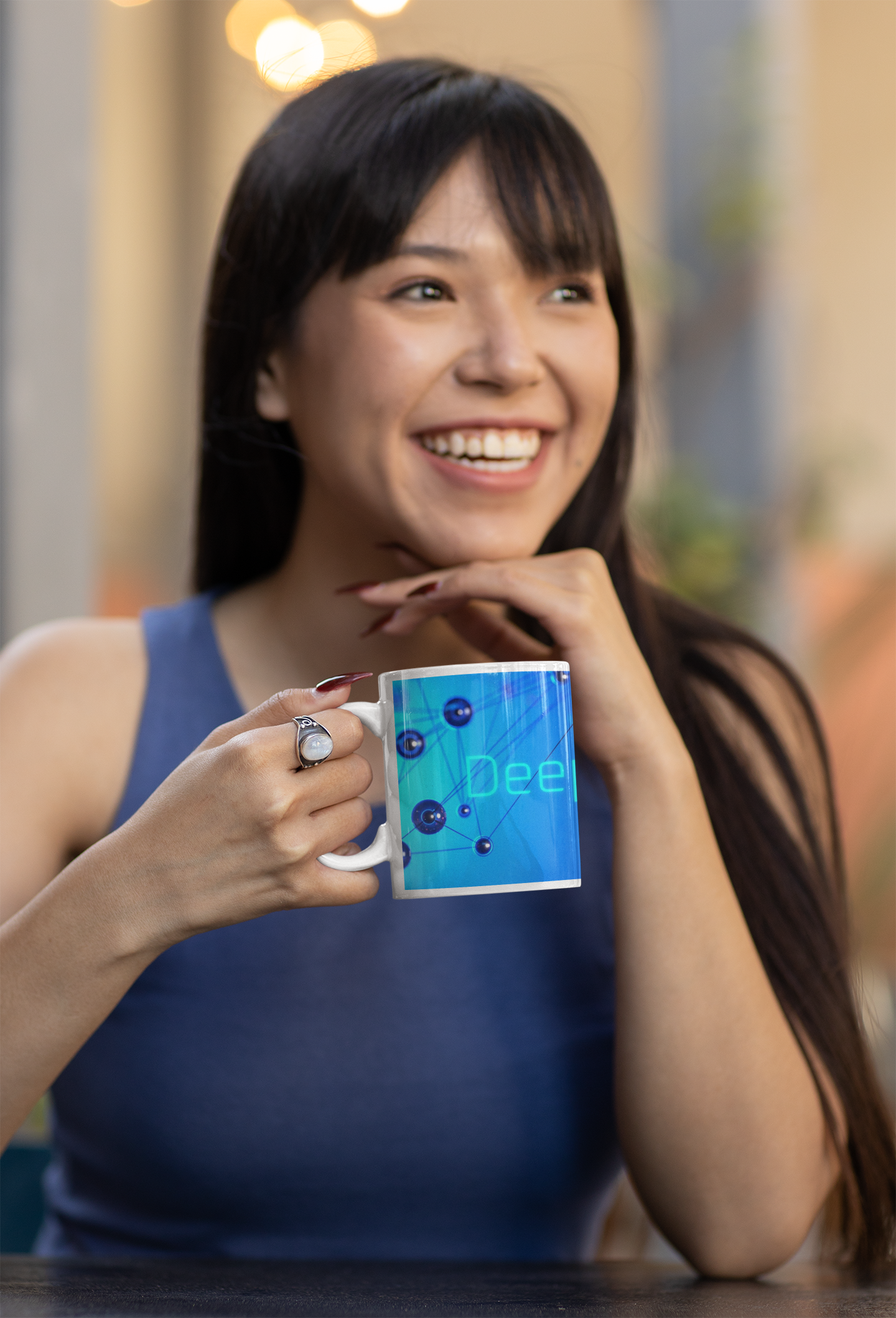 In order to make a Mug Cake Cinnamon Roll, the following ingredients and utensils are needed;

Regarding the banana compote, you can make it yourself with three bananas, a teaspoon of cinnamon powder, a teaspoon of brown sugar and 10 cl of water.

Second, pour these banana slices into a saucepan and add the water, brown sugar and cinnamon powder.

Third, cook the banana slices over medium heat for about 30 minutes, stirring occasionally.

Then, 10 minutes before the end of cooking, cook the banana slices over low heat, stirring them to evaporate the water in the mixture and obtain the banana compote. 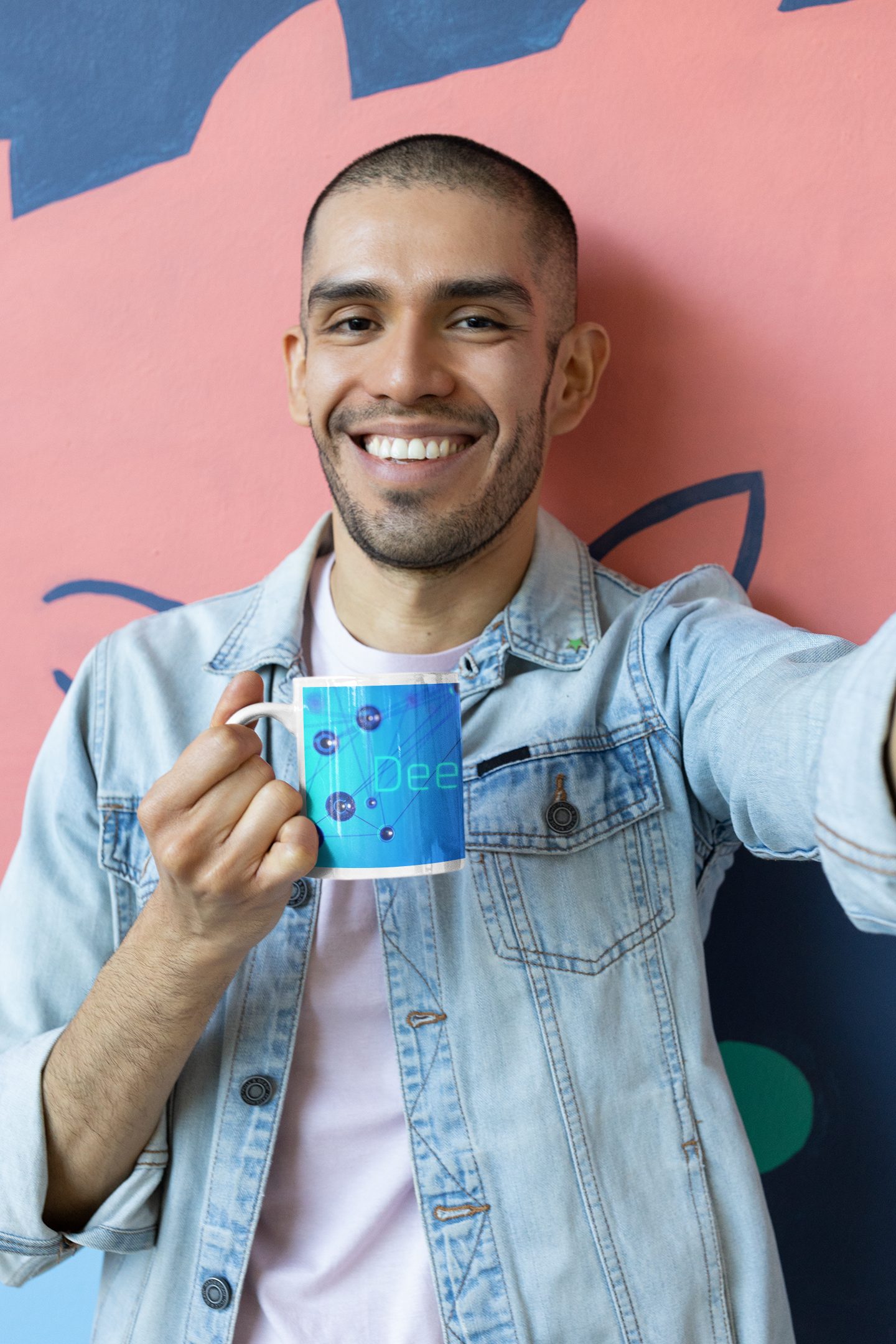 As for the icing sugar, you can also make it yourself by using pieces of brown sugar, a vanilla pod and a mixer.

First, open and scrape the vanilla pod, using a knife, to extract the seeds.

Then , place these seeds in the tank of the food processor , adding the brown sugar cubes .

After having closed the lid of the tank, turn on the food processor so that it mixes the sugar and vanilla for 30 to 60 seconds.

You thus obtain a brown icing sugar, ready to use!

All the ingredients being gathered, the preparation of the Cinnamon Roll is carried out in three main stages;

First, add the banana compote and the brown sugar to one of the coffee mugs until the latter is completely dissolved.

Secondly, add the gluten-free flour and organic corn-based yeast to the other coffee mug.

Then, mix the flour and the yeast then pour everything in several times into the first mug, while stirring the dough obtained vigorously, until it is homogeneous.

Thirdly, add 2 tablespoons of vegetable milk, cinnamon powder and organic rapeseed oil to the mixture, then stir as before.

After which, place the coffee mug in the microwave and cook the dough, for one minute to two minutes.

At the same time, make an icing for the Cinnamon Roll, again using the second coffee mug.

To do this, mix in this coffee mug the brown icing sugar, a tablespoon of organic vegetable milk and the vanilla extract.

Finally, remove the first coffee mug from the microwave and pour the brown icing sugar glaze on the surface of the Cinnamon Roll, using a tablespoon.

The decoration can be personalized by performing spiral movements, for example. 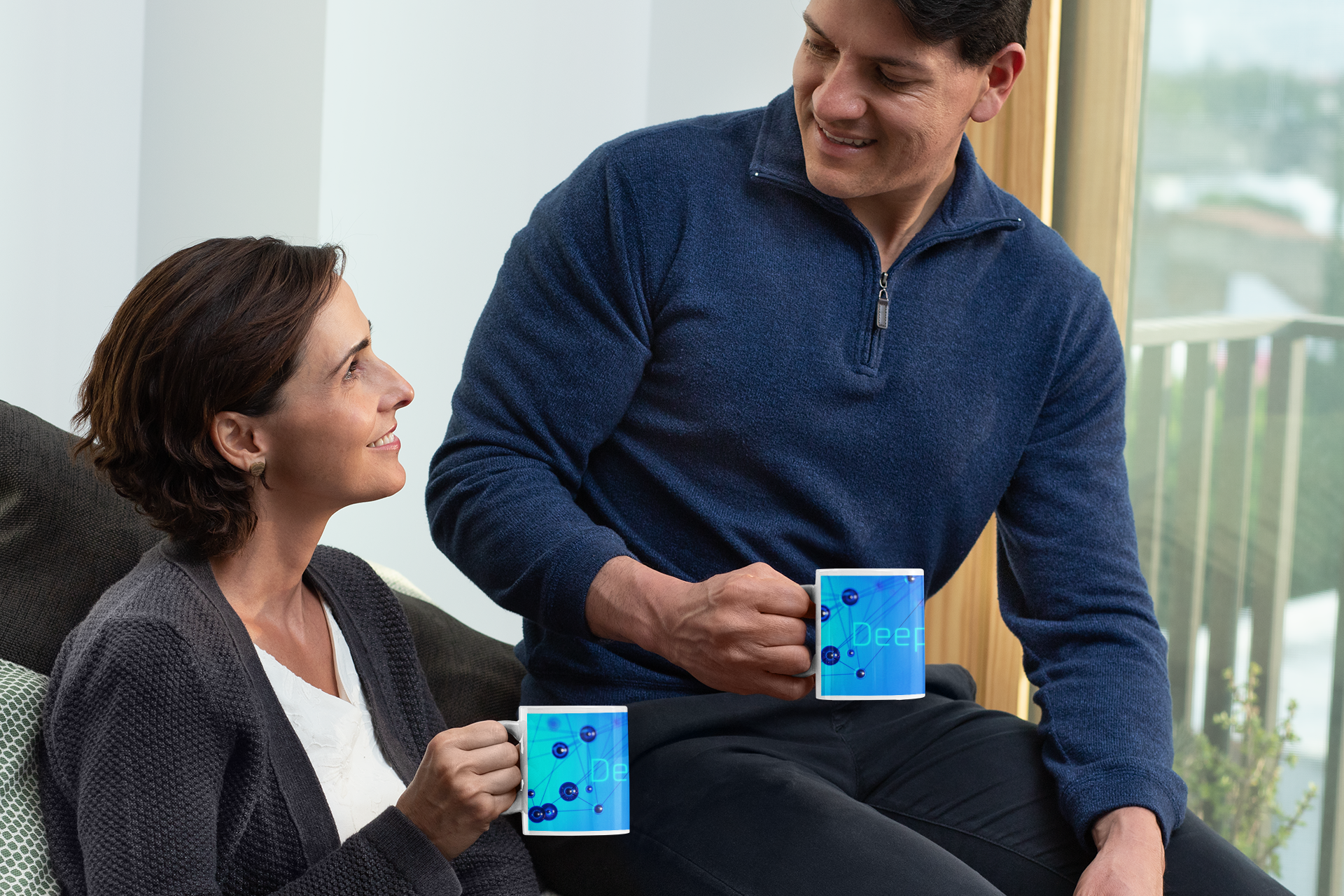 That’s it, your Cinnamon Roll mug cake is now ready.

You therefore have two cooking recipes allowing you to use our microwave-compatible coffee mug in an original way!

Don’t hesitate to use this Geek coffee mug to impress your guests!

There are no reviews yet.